Finally, after a trip to Calgary and a hurricane, I finished editing the first three protochapters of a book I'm writing about my experiences at Ingersoll Scout Reservation called Above Cedar Creek.

I like editing better than writing. It feels more natural to move the pieces of this great puzzle around than to design the pieces. But editing is strenuous. It requires that you carve your creation into sometimes unrecognizeable pieces which, in this case, is entirely necessary because the original is junk. It was a first try sprint that needed to be tamed, beaten, managed, expanded, etc.

For posterity -- or an obsession with noting every mundane detail -- I scanned the copies of my first redlines:

Tomorrow I have a long train ride from Longview, Texas to Springfield, IL for Dayvo's party (posted on Dopplr). I like trains -- they're like offices on wheels. It means that I'll be more or less confined to my seat. If planned well, this translates into several productive hours to transform the red ink into electronic text.

Since completing my M.S. at the University of Illinois in May 2006, and before that my B.S. in December 2003, I've been carrying a huge pile of binders filled with notes, homework, exams, quizzes, and other ballast from place to place, once from Illinois to Virginia, once within Virginia, and once from Virginia to Texas. They were heavy, required too much volume to store.

Now, I have only one more place to transport all of these papers: to the recycling bin.

After several months of slow work -- that's not months of hard work, but maybe an hour a week -- I've scanned all of my useful notes and converted them to PDF files. See, I couldn't just throw the things away. I spent so much time copying and re-copying the notes that I couldn't toss them all. Plus, some of the notes still come in handy at work, especially the notes for combustion.

If you're interested in stealing my old notes, I've posted them on my wiki. Maybe they could be useful for you.

Now, the next time I move to a new place, I can count on having a lighter load to carry. This message brought you by the letter M, as in "My boring life." 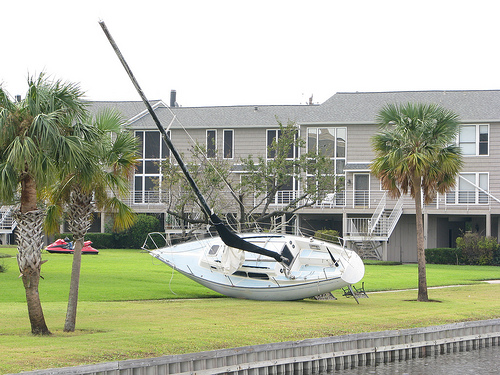 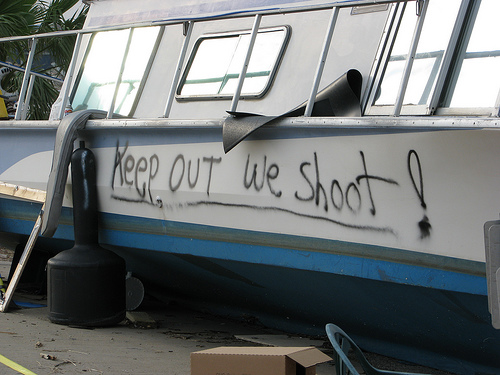 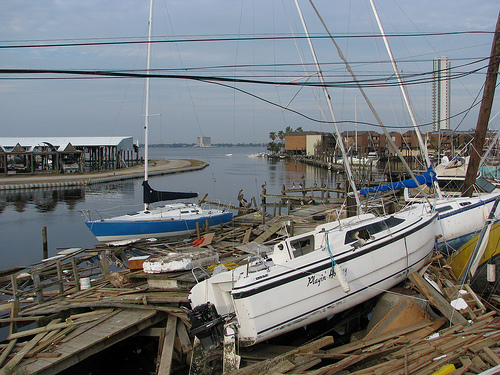 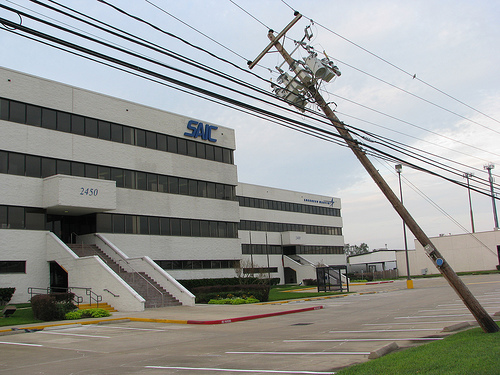 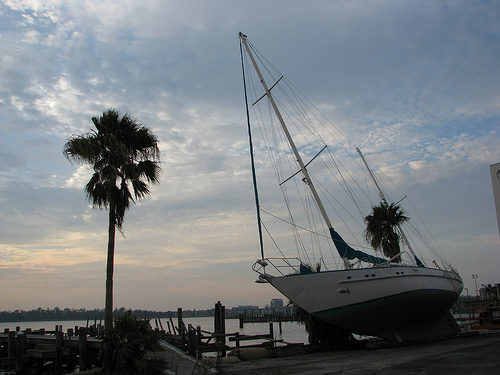 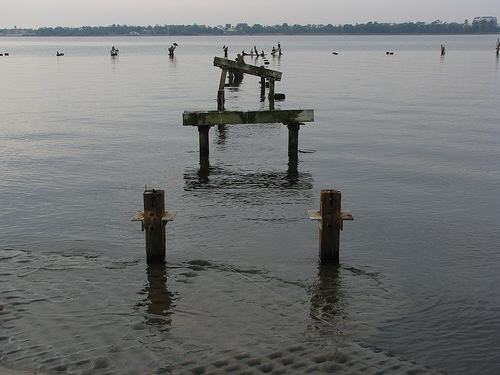 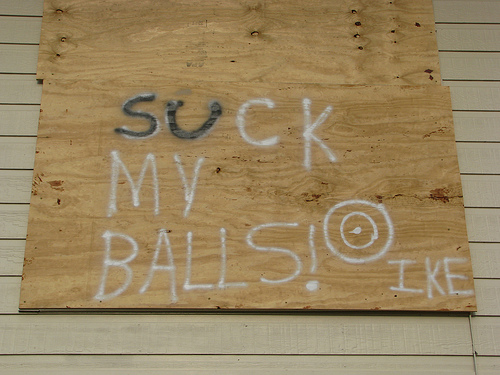 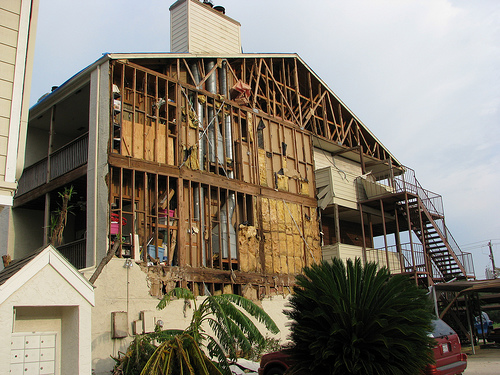 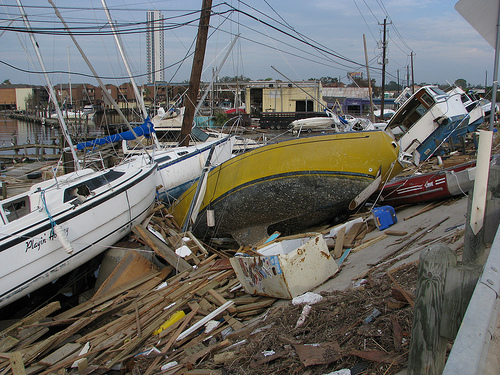 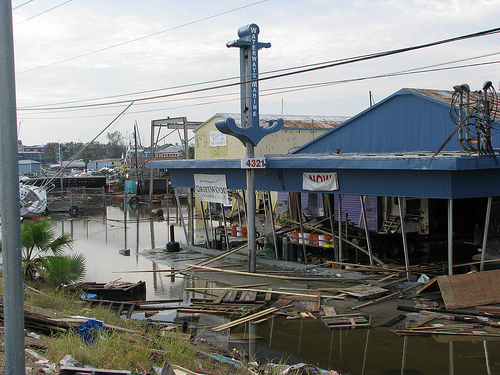 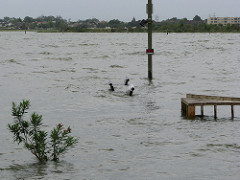 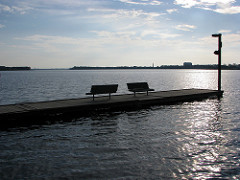 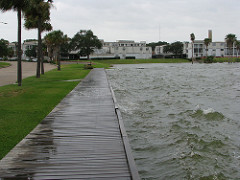 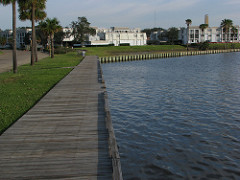 I'm still in College Station, staying here a little longer than expected. In Nassau Bay, according to the city's web site, the sewer system is still down after Hurricane Ike. I don't mind the electricity and water being out, but the sewer is another story. In the interim, I have plenty of downtime. I should use it to my advantage. It's difficult. They have television and cable at Jackie's place. It's amazing. But I need to get things in order.

I want to understand how I got into this mess, then how to get into something that I like. That's a vague order, sure. I think I could be something great, but since coming to Texas in March, I'm losing my confidence that this is possible. I hate that loss of confidence. It is difficult to get out of bed thinking like that.

I came to Houston because my girlfriend lived in San Antonio. Houston is a center of the space industry in the US, and I knew I could get a job here quickly, which I did. I'm money in the bank when it comes to a job interview. I'm not scared of them. I love talking in front of people, or in formal situations. I'm a performer. I can see the conversation as it happens from the other side of the table. As I've said before to people, if I can sing the "Banana Song" in front of 250 strangers at Boy Scout camp, making a real presentation is easy.

There's a downside to "as soon as possible:" I didn't put enough effort into thinking about life on the job. I thought of how great it would be so close in San Antonio and extrapolated that feeling. It was true during the first two months when she was here. I didn't notice any potholes at work when I knew I'd be in San Antonio again by Friday. I was working so I could live there on the weekend, so work was good. Work only existed at work.

Now I notice that my position is intellectually underwhelming. I wish I was getting pummeled by work, struggling to keep up instead of struggling to stay interested. I'm worried about the effect that having little to do now will affect the height that I can reach later. I have very high aspirations. I want to work on difficult technical programs now, when I'm young and indestructible and can invest my freetime to get ahead, and then move into management -- not just mid-level management, but way up the chain. Lead a division. Lead a company. I prefer difficult challenges. It's just like basketball for me. When I play against inferior or equal players, I play down to their level; there is no challenge. When I play against superior players, I play up to their level; these are my best games.

Job criterion number one: My position must be challenging, difficult.

I love to organize complex situations. It fits into the way I see things spatially. This is difficult to explain because it is innate. I can organize pieces of an environment, of a situation, of a problem, by seeing the different components in my head and how they fit together. Time, relationships, components of a problem, they all have a three-dimensional quality in my imagination. It's not multitasking, working on the different pieces at once. It's being able to see the relationships between them. Without many pieces this is a useless trait.

Job criterion number two: My position must be complex, multifaceted.

The greatest quality I have as an engineer -- or at least most unique quality -- is my ability to communicate, to talk, to write, to turn complex issues into linear, understandable pieces. I'm not getting that now, either. I used to be able to do that at my previous position. Meetings or documents for our customers were natural for me. I think this is a remnant of working in student organizations at the University of Illinois. Having seen the tendency for people to bandy words and obfuscate problems -- intentionally or not -- I don't have as much tolerance for it. It's easier to cut the bull when you've seen it before. In my short experience in the workforce, this is a rare skill for engineers. And now I'm sitting at a desk where I don't get to do any of that.

Job criterion number three: My position must require me to speak and write regularly.

That's my first go at this. I feel apprehensive about focusing on a specific point in the future. I like to adapt to new situations, to things I don't know. I've always done that. I've played in a band, on club sports teams, traveled, studied aerospace engineering, worked in service groups. I've never wanted to focus on anything because I have broad skills and broader interests. Reading my three initial criteria, I haven't pointed in any specific direction. These are raw qualities that should be refined, but I demand them nonetheless. It's time, for the first time that I've known, to stop being afraid of ambitious goals and push for something great instead of just talking about it.

Well, I changed my mind about staying in Nassau Bay for the hurricane. An old friend from University of Illinois lives in College Station, so I'm up here, hanging out. Hurricane Ike will probably be a Category 1 hurricane when it gets here, but at least the water isn't coming up to meet me. 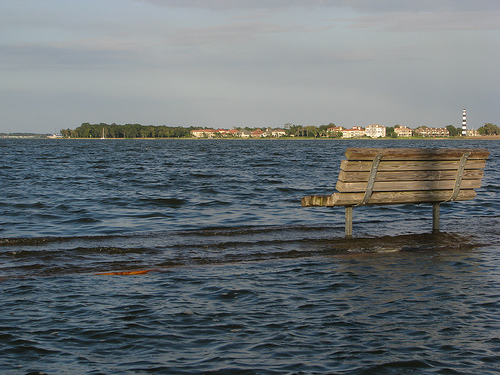 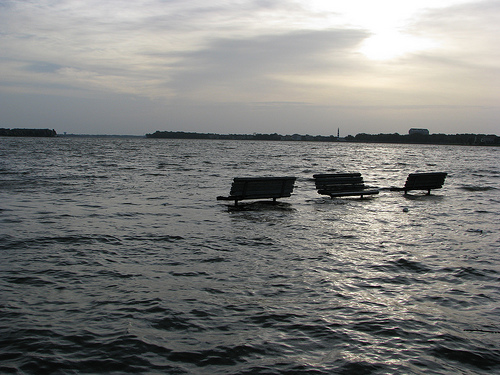 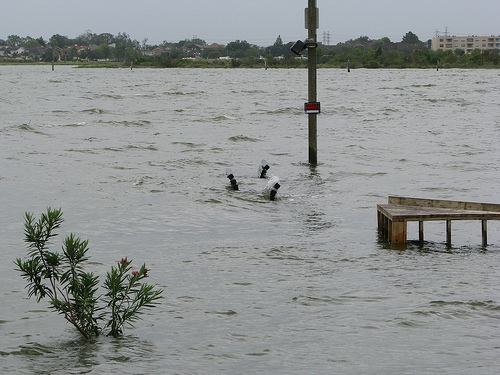 Parting thought: Twitter has been an interesting, sometimes even useful, source of information during the hurricane approach. Know what's not useful? The folks who make assertive claims about conditions in the storm or city, without links or citations, and make them from hundreds of kilometers away without any knowledge of what's going on. If you don't know what's really happening and you can't share your source of information, shut up.