Once a week I do hill running. This involves running up a hill, then going back down. Then up the hill and down. This week it was seven times. Next week it's eight.

The fourth hill is harder than the seventh hill, which is weird. Physically it's the same hill (Fort Hill) every time.

Mentally it is a completely different hill every time.

The first two trips up the hill -- run to the top, shuffle down, tag the gate, run back to the top -- are fine. It's even exciting. I was reading Born to Run last week, and if those guys could go for 100 miles in the mountains in the desert then my little 10 kilometer run on an urban hill would be no problem. It wasn't a problem. But.

On the third trip you're not just carrying yourself, you're starting to worry that you're not yet halfway done. And just two weeks ago, you only did three repetitions on the hill instead of the planned six. And last week you took a snow day from running hills. The voice says: hey, there's no shame in stopping, do you see anyone else on this hill? Just do four of eight next week, then five of eight, and eventually you'll catch up.

On the fourth trip you're carrying yourself, the previous three trips, and now the remaining three trips have jumped on your back. The remaining trips actually have weight. Each step is a reminder: this is only a volunteer gig. This is the easiest place to quit because your brain has registered the satisfaction of accomplishing four hills. On the way down you can just jump the gate and keep running until you get home and make some coffee and jump in the shower and damn it's freezing out here let's get off this hill, OK?

You can settle on the fourth hill. That's what's really hard -- it's so easy to settle.

And it's not the thought that I can train and run roughshod over Cincinnati in May. It's not that I have to do three more hills to please my boss or my girlfriend or my friends or anyone. It doesn't matter.

At the bottom I tagged the gate and turned back because I want to stop settling.

The seventh trip was the lightest of all -- physically your legs should be spent, but since there is no more mental ballast to carry it's a breeze. It's not a war or a slog or a trudge. It's just a hill. And you're standing on it. And you can go home with some ammunition to fight the battle against settling for what is easy.

I wonder what it's like to be remarkable at what you do. I wonder if the paragons of the world know that you'll quit after the fourth hill -- that fewer people will push past the fifth, sixth, and seventh hills every day. Maybe they're not that much better. Maybe they just know that you'll quit first, and all they have to do is keep going until you do.

All the books tell you that if the grizzly comes for you, on no account should you run. This is the sort of advice you get from someone who is sitting at a keyboard when he gives it. Take it from me, if you are in an open space with no weapons and a grizzly comes for you, run. You may as well. If nothing else, it will give you something to do with the last seven seconds of your life.

Guadalupe Peak by Sunrise from Kirk Kittell on Vimeo.

Guadalupe Peak in Guadalupe Mountains National Park, Texas -- West Texas, please note the difference -- is a minor obsession of mine. You can read about my two experiences to the peak, if you like: "Waking Up" and "Exploring the West Texas Desert: Maps and Photos." I'm tempted to apologize for my obsession, but it's a really cool place.

Today, in our Confident Communicators Toastmasters club meeting, I gave a talk about my first hike to the top of Guadalupe Peak on 29 January 2005. (And I got to play with the toy mom got me for Christmas. See? It doesn't just sit in a drawer.) 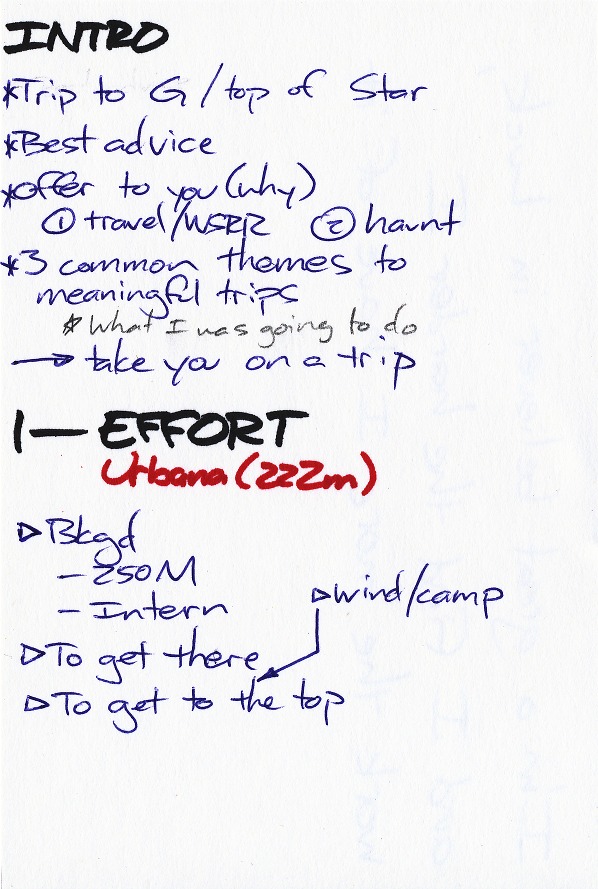 (A minor error: I lived in the Gimp Room in our basement apartment that year, so it was probably elevation 220 meters, not 222 meters. Inconvenience is regretted.) 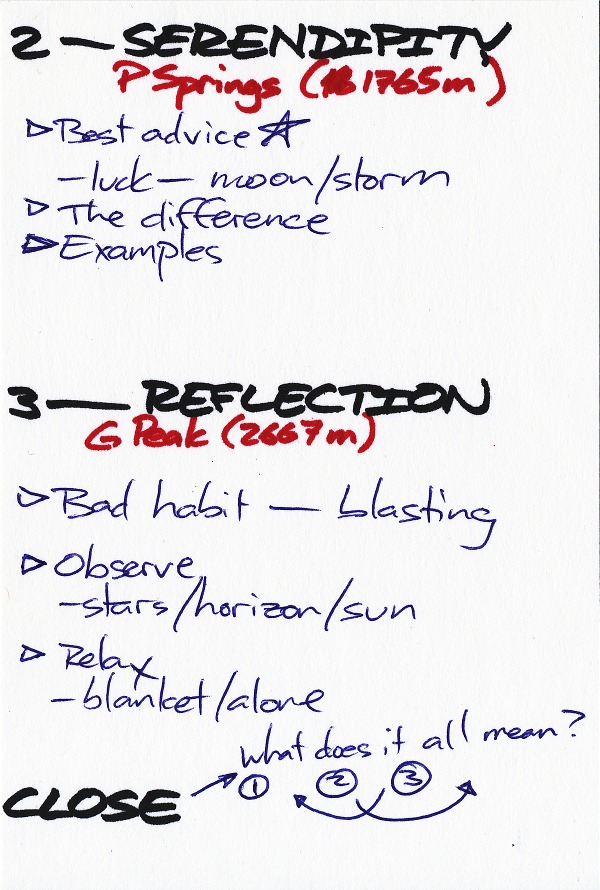 A friend, captivated with my Theory of Politics and Investing, asked about the corollary Principle of Wearing Headphones at Work. Thus it is written:

If you can’t hear the stupid, the stupid can’t hurt you.

"Hey! All you peoples draggin along here. Stop and come stick your ass on a Night of Joy stool," he started again. "Night of Joy got genuine color peoples workin below the minimal wage. Whoa! Guarantee plantation atmosphere, got cotton growin right on the stage right in front your eyeball, got a civil right worker gettin his ass beat up between show. Hey!"

This is the first time I can ever remember laughing out loud while reading a book. Thank you, Merlin Mann, for the suggestion.

As part of my language "training" I am watching one Hindi movie per week in 2010. This movie, like all of them via suggestion by a friend, was not what I expected. Pardon my ignorance: it wasn't a Bollywood movie, which is the de facto standard for Indian movies, as far I know. There was no singing, no dancing. It was quite serious, and that is fine with me. Go ahead and watch it if you're looking for a good movie, not just a good Indian movie. 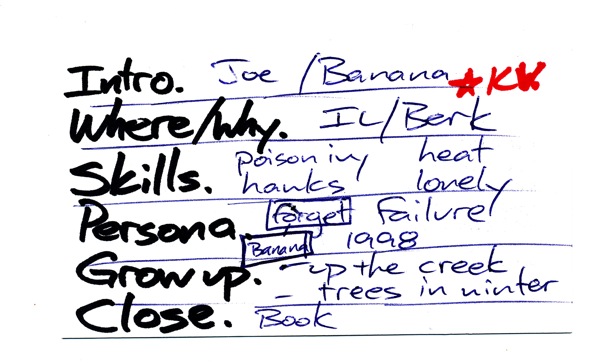 This is closely related to Kirk's Principle of Wearing Headphones at Work. 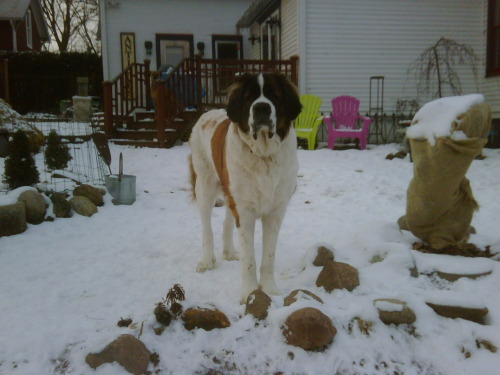 My roommate at the Burnt Toast Inn, Ann Arbor

Sometimes when we need a new way forward, it helps to return to the past and find where we took a wrong turn.

--Dr. Tom Trautmann, "Does India Have History? Does History Have India?", 4 February 2010, University of Michigan