This trip ended up in a completely different world: hidden subway stations in New York City. I had no idea. I wasn't looking for it. But after I learned about one—the never used lower Nevins Street station—I was hooked.

I'm just going to offer some links I found, sans context, and let you trip down the rabbit hole yourself. Enjoy.

Here's how I got there:
List of incidents of civil unrest in the United States → Know-Nothing Riot → Know Nothing movement → Bowery Boys → The Bowery → Proposed expansion of the New York City Subway → Nevins Street station 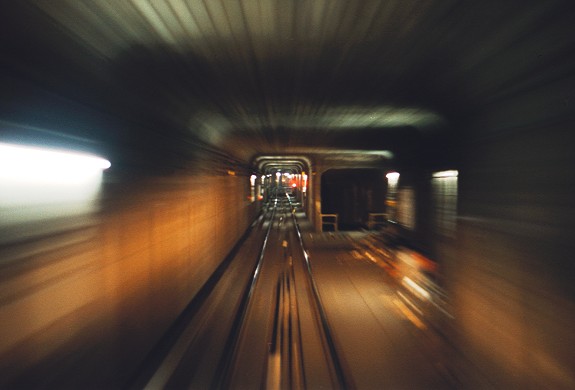 Joseph B. Raskin, The Routes Not Taken: A Trip Through New York City's Unbuilt Subway System

I'm reading a book called Shadow Dancing in the U.S.A (notes) by Michael Ventura. I found it by accident—via Peter Schwartz's The Art Of The Long View (notes), and that one itself via Tim O'Reilly's WTF?: What's the Future and Why It's Up to Us (notes). I like to follow the references—so many things out there I wouldn't even know to look for, let alone find. The book is from 1985, and it is a collection of essays reworked from his articles in the LA Weekly. Here's another thing I like: reading books that are separated from my own age by just a generation or two. It's interesting to feel the subterranean chill of a contemporaneous reference that may have been important at the time but has been buried just long enough to have been forgotten. It's easy to forget; it's easy not to know.

The fourth essay is called "The Big Chill Factor". Ventura himself has posted a copy here so you can read it. I think you should read it. The first third is a warmup, a kind of simmering annoyance about The Big Chill. (I've never seen it.) Then he cranks the dial and explains his recollections about growing up in the late 1960s and the subsequent comedown from all that energy. A Main Era. It's on par with that "high and beautiful wave" (chapter VIII) from the middle of Hunter S. Thompson's Fear and Loathing in Las Vegas. Both Ventura's essay and Thompson's passage are savage, raw—these are people who held dreams in their hands and later watched them slip through their fingers like sand, and the experience burned a taunting image somewhere in their psyche that was so deep that it never went away. Like an afterimage from staring at the sun.

As it was all coming to an end I wrote a kind of note to myself which I wouldn’t read again until a long time later, a fragment of clarity on a cacophonous night: We know now that out dreams are not going to come true. Are never going to come true. We have learned that our dreams are important not because they come true, but because they take you places you would never have otherwise gone, and teach you what you never knew was there to learn.

I'm going to Canada in a few weeks. Some places I've visited in a previous life (Vancouver, Banff), and some I've never visited (Victoria). With inlaws. Hi ho. Chen is handling the practical details. Hotels/AirBnB. Flights. I'm thinking about the impractical details. That's how things work at home.

How far can I drive around Vancouver Island? Where is the freshest fish? What local non-export beer do they have? Which trails lead to bear attacks? (Avoid.) Where do they keep the Stanley Cup around here? (Sorry.) Where should we eat? How did they get that mouse in that bottle? What are the best books written by or about the region? And my favorite impractical question: what are the native languages in this region?

And so on. That sort of thing. If you have a suggestion, please leave a comment.

I'll collect some travel info to /travel/canada as I go along.

One of my conditions for signing up for the Rockin' Rockwoods 53km—or any race for that matter, even just the 10km race at the J—is to be able to steadily walk up the mileage week-to-week. Mostly this isn't a physical thing (although obviously it is that), it's a mental thing, a confidence thing. When I was training for Western States in 2012, my routine was: from a starting position (50 miles/week), run two weeks at that level, then bump it up 10 miles/week, two weeks at that level, etc., until I got up to 102 miles in a week. Just like that, I went from fairly lousy shape (discovered what an IT band is while recovering from Ozark Trail 2011) to getting a silver buckle.

I didn't really log that mileage at the time in a permanent place, just kept track of it and then wrote the series of weekly mileage levels on my wristband so that I'd remember the work I'd done to get there. It's not like I would have forgotten, but it strengthened the message-to-self when the going got tough. After that I stopped logging altogether—it was stifling. I just ran and let the distance flow by like a river, not bothering to catch it or name it.

Logging is mostly for purpose of shame now: look at the horrible thing you're doing, self.

That's where I had to pick it up in the last week of June: 20 miles. Then 25. Then 30. Then this week 30 again. Even better, this morning was a 15-mile run, which I've not done since January. (The pace is still very much no bueno.) So the legs are still there, for the most part, but the habit is not. That's the next frontier.

There are no tariffs if you sign up for the Captain's Newsletter. Believe me.

I needed to clean out some space in the refrigerator, so I helped myself to the two Ball jars of egg nog that I made in June 2017. 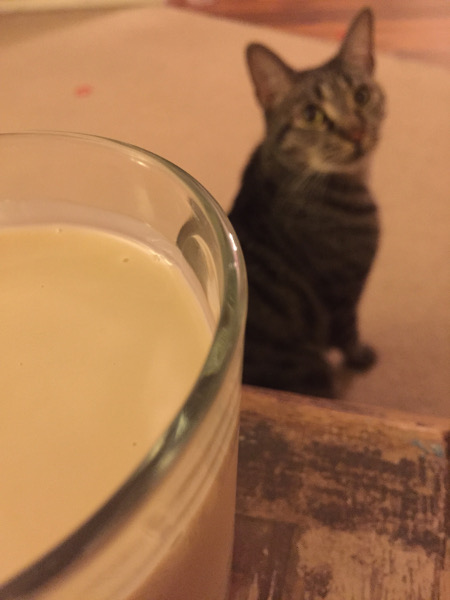 The second one is a guy I know: Adi Boulos. Back in the day, he was a member of the Illinois Space Society and helped us organize SpaceVision2005, the SEDS National Conference, at the University of Illinois. His job was to get the volunteer t-shirts. (Looked it up. Still have the files.) Good kid—none of them are kids anymore but they will always be kids—and I'm really happy he made it. With the upcoming moon missions, the proper post-Shuttle era of human spaceflight, he should have some pretty interesting missions to lead for the years to come.

(Theme music while you read—because You're Worth It.)

I decided to work from home in the afternoon. Why not? Nearly the entire team was traveling elsewhere for work. It gets a little unsettling to listen to the wind whistle down the rows of the cubicle farm. And I can work in basketball shorts at home.

So there I was. Doing work and definitely not sleeping. I know this because I saw, out of the window, a police SUV with red and blue lights following another white SUV into the apartment complex parking lot. Busted.

And the guy immediately gets out of the car. Uh oh. Post-July 4th fireworks. 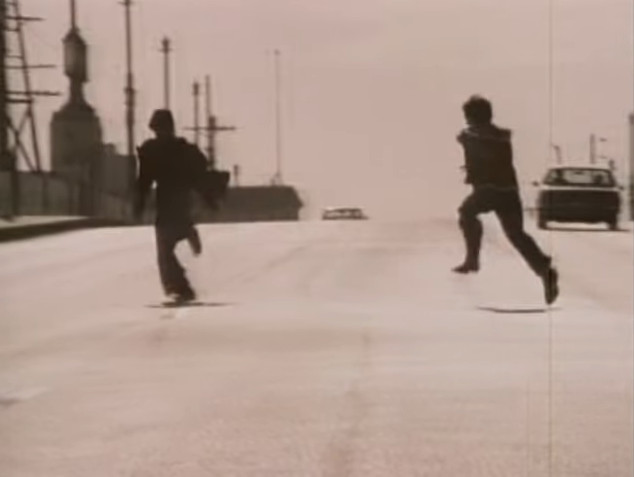 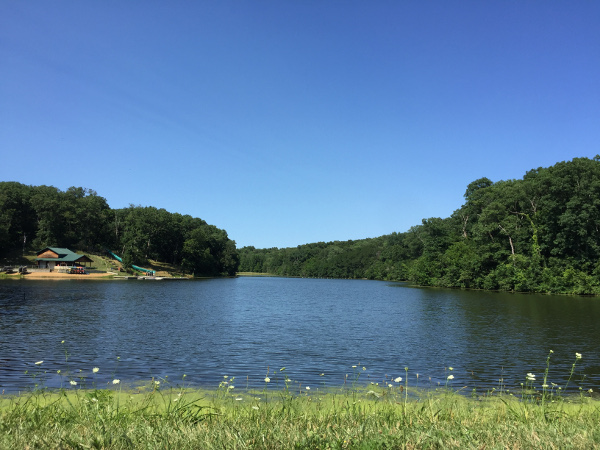