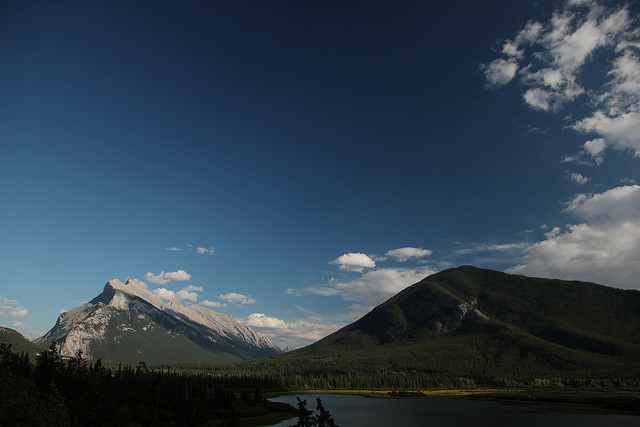 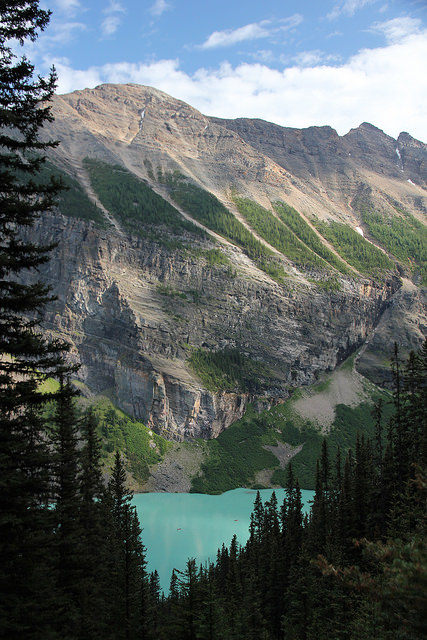 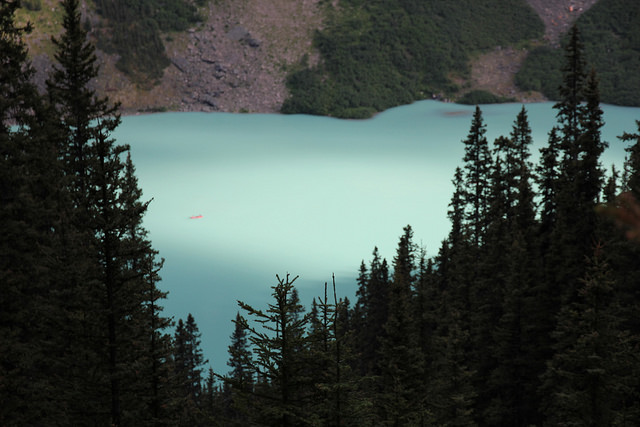 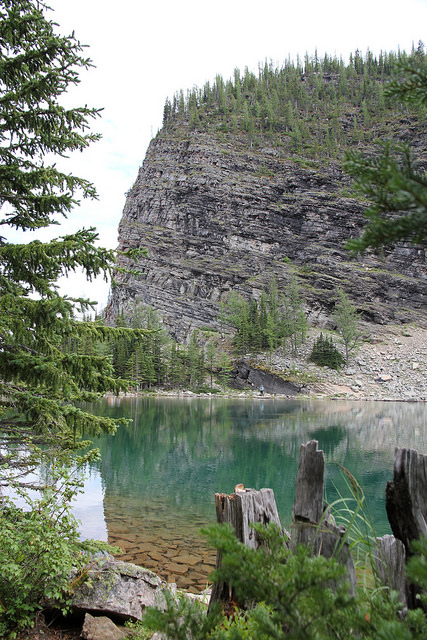 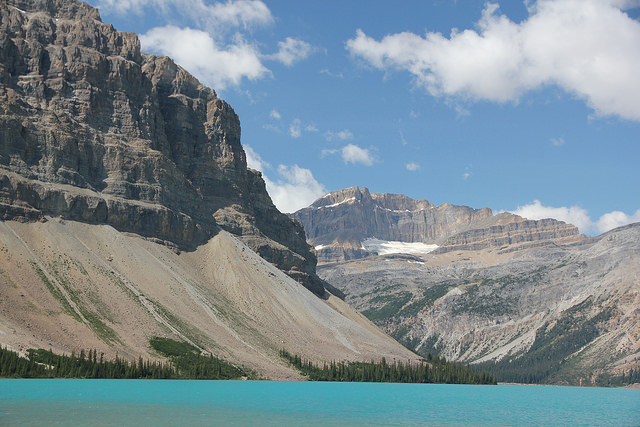 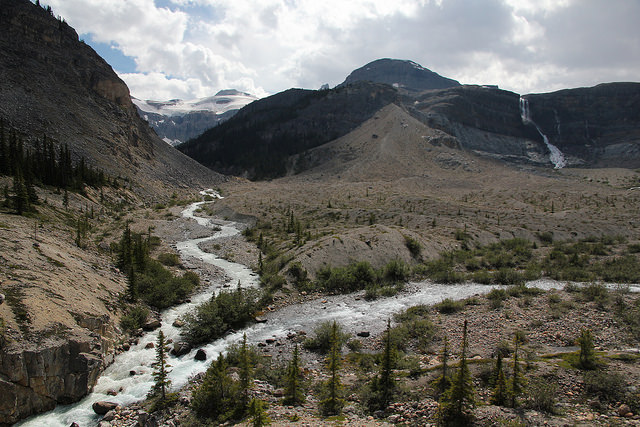 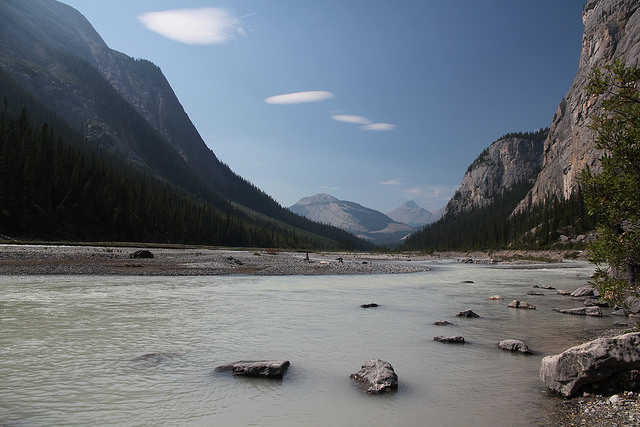 Back in April I took a too-brief trip to Alberta, Canada because of you-know-why. We drove west out of Calgary, up the Icefields Parkway through Banff National Park and Jasper National Park, then east along the Yellowhead Highway to Hinton. I posted a set of pictures from the trip on Flickr. Here I've posted a few panoramas to whet your appetite.

One of my hobbies is stitching strings of photos into panoramas. I got hooked on this when I lived in the Mojave for a season. The long, flat horizons are difficult to express in a single shot. A long, flat panorama captures the scene better -- gives the viewer a more immersive experience in the environment, just as it was for me when I was there.

This is one of my best, I think, just for the scene.

The funny things about Athabasca Falls is that when we visited it last year, it was absolutely swarming with people -- tons and tons of people. Thanks to an unexpected snowstorm on the way up, we had the place to ourselves. Hooray for quietude. Also, that blue, just-melted-from-a-glacier water is amazing.

All of these panoramas were created in Hugin. It is a fine piece of software that you should use if you get the itch to create panoramas yourself.