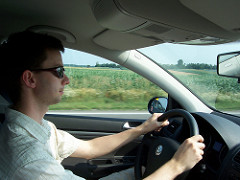 Full picture: An Aussie driving on the right... look out! 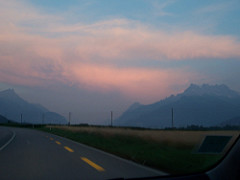 Full picture: Sunset in the clouds near Lac Leman 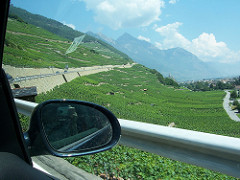 Full picture: Up the hill from Martigny 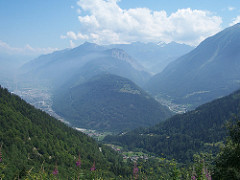 Full picture: Over the Martigny valley 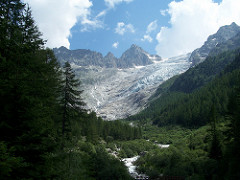 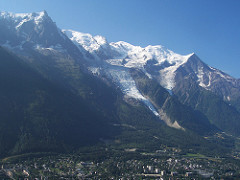 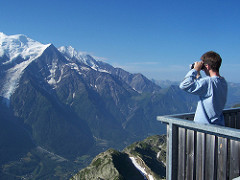 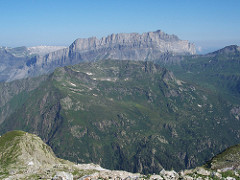 Full picture: Into the next valley 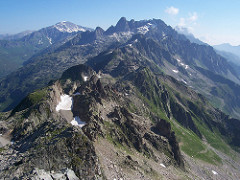 Full picture: Down the ridge 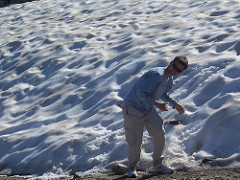 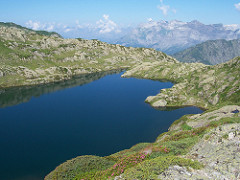 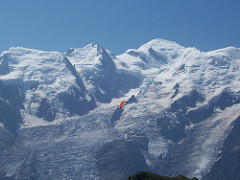 Full picture: European Parliament building, from the outside

Full picture: Inside of the tower

"You don't know what you're talkeeeng about"

"France isn't what it used to be... you walk around like a foool, somebody cut you"

In search of an Irish pub last night—the most likely nonexistant Irish Times—we met a new "friend" on the way past the cathedral. Some guy—no front teeth, ratty suit—caught up to our group of six just to inform Joe Ireland that he didn't know what he was talking about. —kept hoping that the guy would shove off quickly, but he followed us for several hundred meters, giving us such important information like telling us that we should watch out, or that he would cut us, or that we shouldn't walk around like "woooo" (imagine arms flailing in the air), or that his grandparents blood was on the castle. He kept referring to it as his city, so we naturally assumed that he must be the mayor of Strasbourg.

Actually, this was all aimed at Joe. Not a surprise.

The prologue and first stage of the Tour de France started in Strasbourg [more later...] 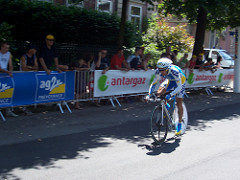 Full picture: A cyclist in the Tour de France. 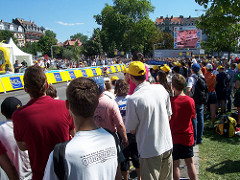 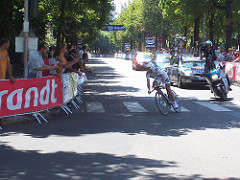 Full picture: Around the bend