In 2003, my band during grad school, Finite Element, played live on 90.1 FM WEFT, Champaign, IL. It was a three-piece band consisting of Sunil Chopra, Kevin Welch, and I. I'll use the phrase "my band" loosely here -- Sunil wrote all of the music, Kevin had some musical talent, and I was... the guy who would talk on the microphone in between songs, and that was only because I wouldn't shut up.

I had some kind of grandiose plan to post all of the songs from that concert one-by-one, describing each of the stories behind the songs. You can see the detritus from that if you follow the tag WEFT Sessions 1 December. Don't follow it; I'm not sure what I was thinking. I didn't write the songs -- Sunil did -- so I'm not qualified to explain much. Dumb idea. So, I've uploaded the remainder of the songs, and I'll let this post serve as the gateway for the whole concert, which is what I should have done from the beginning.

So, if you -- yes, you! -- would like to download our music, here's the whole album. It's not a torrent or anything useful like that; I've just posted them to my wiki and you'll have to save them to your computer. I'd feel bad for you, but I'm posting them mainly for archival purposes and your enjoyment is secondary. If you really, really want to know more about any of the songs, please post a comment and I'll track down Sunil or Kevin to talk about it. They're more interesting than me anyway.

You may ask yourself: "What is on the cover of that album?" 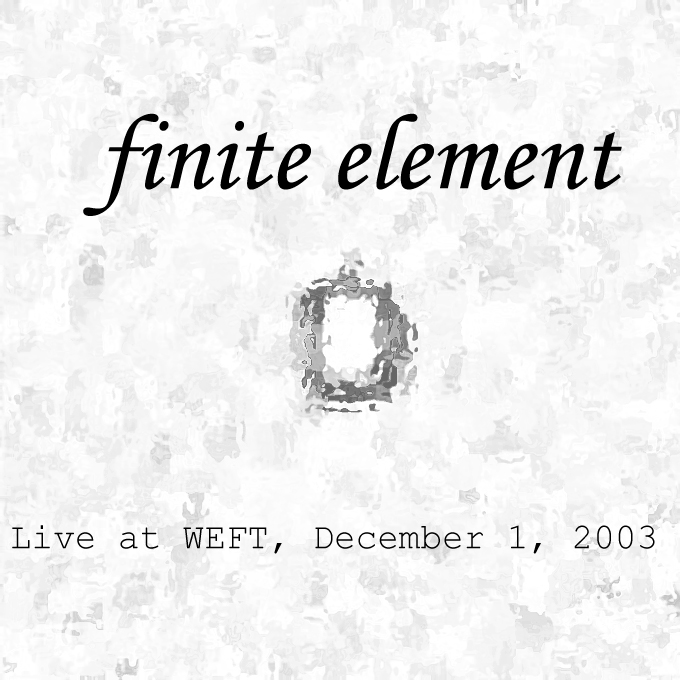 It's Quaoar, kids, a trans-Neptunian object. Nerdy, yes, but cut me some slack. I'm an aerospace engineer -- and cut Kevin and Sunil some slack: this wasn't an album we released, and the image is something of my own doing, they didn't have any say in the matter. Then again, our band was named Finite Element, an eye-rolling experience for those that knew what it meant, an "is that the movie with Bruce Willis and Milla Jovovich?" experience for those that didn't know.