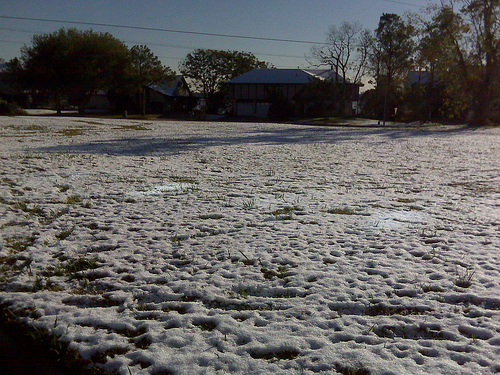 Posted on Flickr: The Morning After: Snow in Houston