(With apologies to Hans Christian Anderson)

BarCamp Boston is coming up this weekend. Perhaps I'll see you there. This week I have been thinking of what I could present. (For the uninitiated, BarCamp attendees are also the presenters.) But this voice in my head gets in the way.

This is the same voice that has been blocking me for a few years, the same voice that kept me on the sidelines at BarCamp Houston in 2008 -- not presenting anything, not even talking. It's a voice that says, "You're not an expert, so sit down and shut up." It's a very convincing voice.

What is an expert anyway? Kurt Vonnegut, take it away:

"Nobody's so damn well educated that you can't learn ninety per cent of what he knows in six weeks. The other ten per cent is decoration."

"Show me a specialist, and I'll show you a man who's so scared he's dug a hole for himself to hide in."

"Almost nobody's competent, Paul. It's enough to make you cry to see how bad most people are at their jobs. If you can do a half-assed job of anything, you're a one-eyed man in the kingdom of the blind."

I'm not railing against experts or so-called experts. I've met some exceptionally smart and experienced people in academia and industry that I think are the best of breed. I would mortgage my reputation to support them (they don't need it anyway). But, in my observation, they are a statistically negligible population. That is, there are no experts.

There are no experts. Everyone is an expert.

For example, in 2007 I led a workshop on designing CubeSats at the Vellore Institute of Technology in Tamil Nadu, India. It was ridiculous for me to be there because the students knew more about the technical aspects than I did, i.e., I had less electrical engineering experience than they did. What did they lack? Confidence. And their administrators and professors lacked confidence that they were going to be able to do something real. So I came to town with two Japanese friends and we instilled confidence in the guise of a technical workshop. 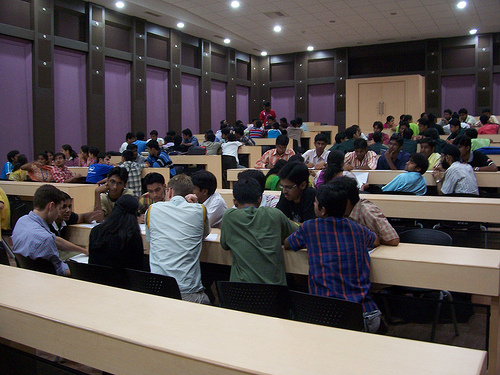 Years and years ago -- the latest, in 2005 -- I was a staff member at Ingersoll Scout Reservation. That whole gig was about teaching confidence in the guise of technical skills. My absolutely favorite example was building a wigwam. I knew the utter basics about how to do this, i.e., what type of trees we needed to cut. I knew little about the rest. I presented the task to the twelve Scouts in our program. They completed it with just a little direction from Andy and I. At the end of the week, they thanked us for teaching them how to build a wigwam. The joke is that they taught us how to do it. 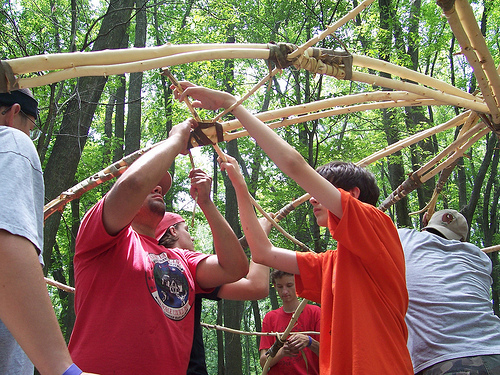 Both of these experiences were successful beyond my wildest dreams. I don't advocate pretending to be an expert. I advocate humility. But what is wrong with the world if people like me are allowed to teach skills to other people? Maybe nothing.

In the land of the blind, the one-eyed man is king.