My parents now live in Chester, Illinois -- home of Popeye -- which lies on a bluff above the Mississippi River. Therefore I am now fascinated with rivers, especially the Mississippi River. I grew up near the confluence of the Spoon River and the Illinois River, but I didn't care. I am not a river rat. Give me a mountain instead. Now, however, I at least appreciate rivers.

One of the things I can not possibly explain to you about my newfound attachment to rivers is my enchantment with the ferries that cross them. This seems like a serious anachronism to me. Bridges, see? Bridges. Bridges with their complex steel frames spanning the channels of the river seem, to me, like they should have put all ferries out of business. At the very least, bridges seem modern, like they belong in the technological here-and-now. When I see a ferry I check over my shoulder to make sure there aren't any pterodactyls flying overhead. So, when I see a ferry crossing our country's major river, why I simply have to take advantage of the opportunity to use it.

Plus I think it is exciting to be out on the open water. The Mississippi is like a great big moving sea. It is immense and terrifying. Like a mountain, it is too massive to care about something small and insignificant like me. It's humbling.

The first time I saw a ferry over the Mississippi River was at Grafton, Illinois. On New Years Day 2009 I took a meandering course from Mechanicsburg to Chester. I wanted to see the confluence of the Illinois River and Mississippi River. Why? Because it is there. I didn't want to go to Missouri that day, so I just sat and watched the Brussels-Grafton Ferry at work on the Illinois River.

(Bonus: here's a picture from another Mississippi River ferry I saw on this trip, the Ste. Genevieve-Modoc Ferry. Crazy. It's like there is a secret underworld of hidden river crossings.)

My curiosity was stoked. I had to go back and ride a ferry. In December 2009 I took a meandering course the other direction, from Chester to Mechanicsburg. There I took the Grafton Ferry to Illinois. It was great -- whipping winter wind, whitecaps on the water, the slow roll of the boat. 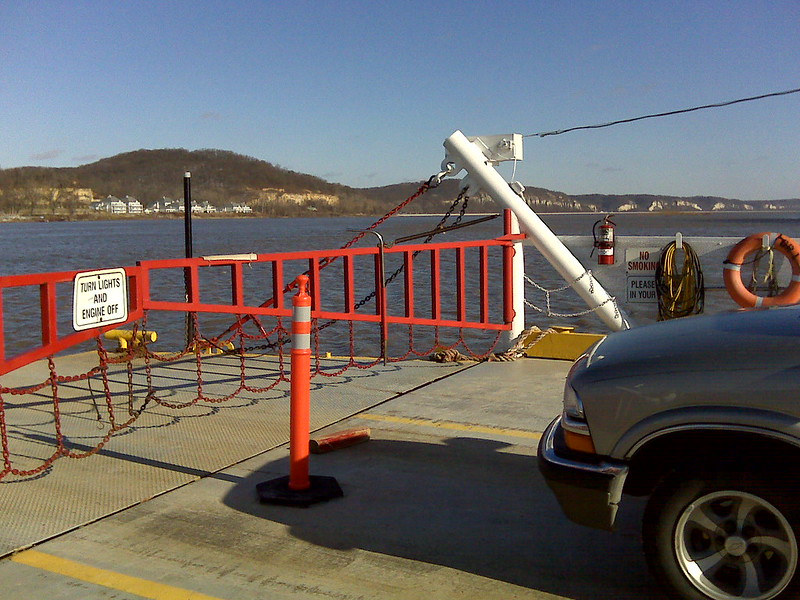 OK. Now, let's go to the present, last week, July 2010. I landed in St. Louis, rented a car, and aimed for Fulton County, Illinois. Of course I was going to take a ferry, but this time I wanted to try a new one -- the Golden Eagle Ferry to Calhoun County, Illinois (an interesting place that exists on a peninsula between the Illinois and Mississippi Rivers.

Driving northwest from St. Louis toward the river, it became apparent that spring and summer 2010 have been a little wet down there. 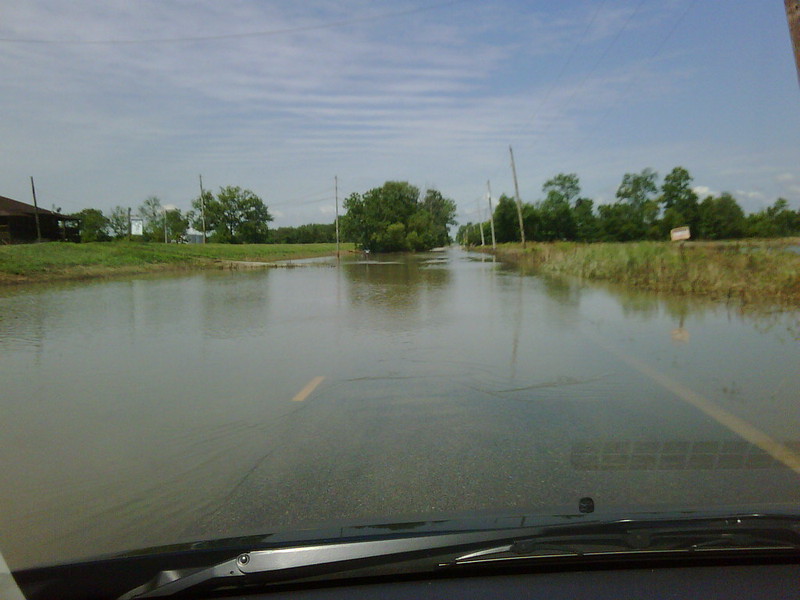 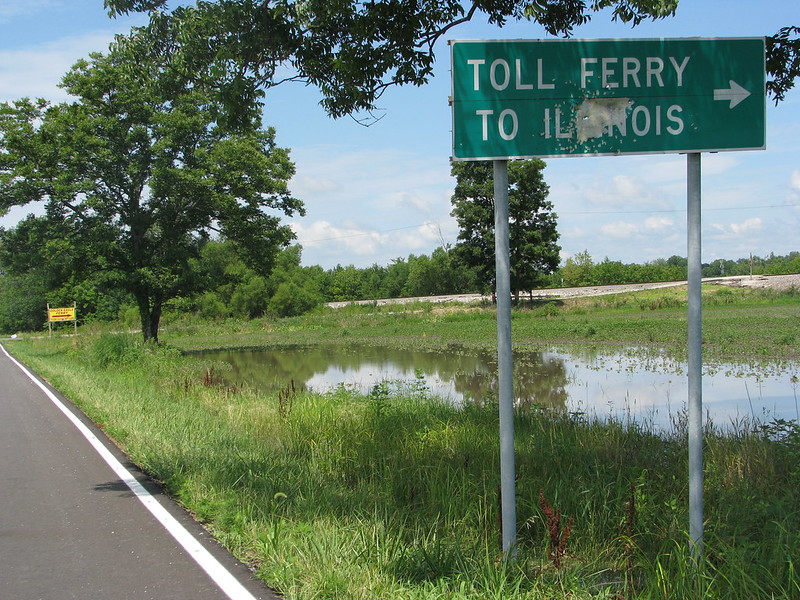 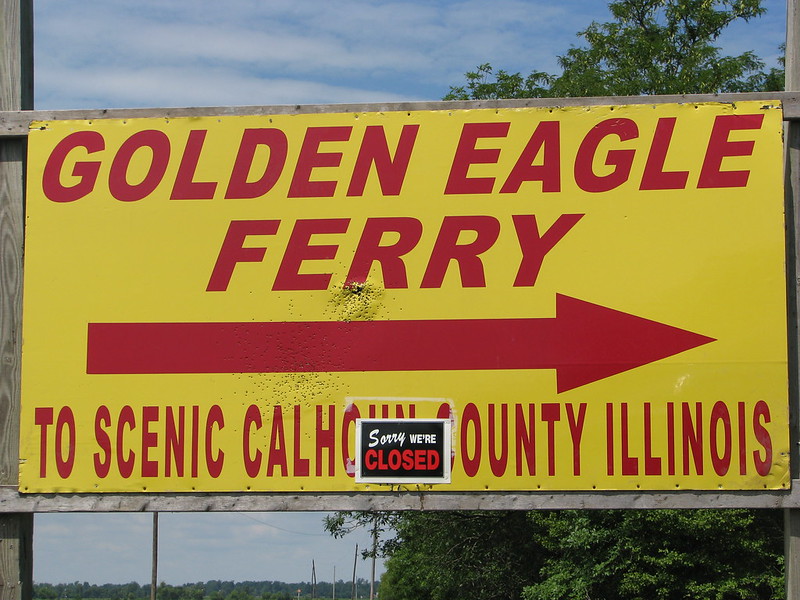 Ah well, maybe next time. I backtracked, crossed the river -- on a bridge -- at Alton, Illinois, stopped for a catfish sandwich at O'Jan's Hot Fish Sandwiches in Grafton, and heaved and rolled through Illinois River country on IL-100 all the way to Lewistown.

Also, I checked out three books from the library before heading here from Massachusetts: Life on the Mississippi by Mark Twain (whose works I have not read since they were forced on us in grade school; hey, turns out Twain is actually a funny guy when he's not being used to bludgeon your fifth-grade skull); Cahokia: Ancient America's Great City on the Mississippi by Timothy Pauketat; and Rising Tide: The Great Mississippi Flood of 1927 and How It Changed America by John M. Barry. I wanted to read about the Mississippi while I was by the Mississippi. It seemed only right.