(This is mostly for my own reference, but I'll share it in case someone else finds it useful. By the way, the video I'm using for this post is 向往的生活2 episode 1. I'm a 黄磊 fan.)

The short version of what I do: I listen to short clips of audio from Chinese TV shows and practice listening. Hearing Chinese sounds is very difficult for me—much harder than reading, writing, etc.—so I'm trying to overcome it with more deliberate practice matching what I hear to what the actual sound is.

This is all running on a 2011 MacBook Air, so it doesn't require anything really sophisticated.

After about a cumulative minute of video, I compare what I've written to the actual Chinese subtitles in the video. 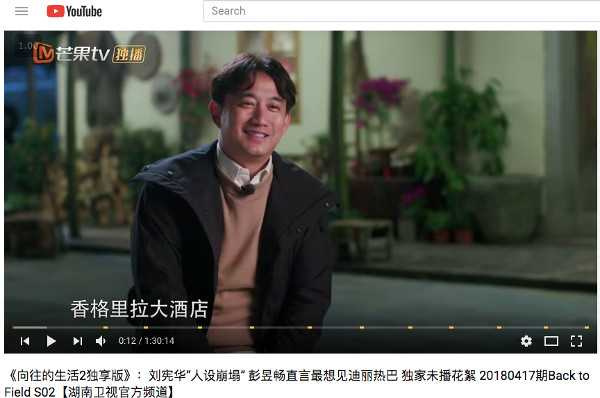 Sometimes it's obvious and I recognize the character. Sometimes I can type the pinyin into Pleco or MDBG and see if what I heard matches a sensible word. Other times I have to switch to the Chinese handwriting keyboard on my phone and write the characters I don't know and let Pleco help me out.

There's a pattern to the colors: Black for what I hear; Red for corrections; Green for Hanzi; Blue for selected definitions (although no definitions shown here).

After I've figured out the correct sounds and characters, I'll store them in a table for later. (Example: 向往的生活2 #1) Sometimes I'll use that to later run longer ranges of the video and read along. Also, I'm saving the info for later when I want to study meaning, sentence structure, etc.

Extra step: New vocabulary gets used for another project, Chinese Word of the Day (@zhwotd).