I think much of this is below is common sense—but maybe knowing how to manifest that common sense isn't so easy. Three organizations I work with required a reinvention of voting processes. So this post is as much for me as it is for you.

The function here is easy: send an announcement—email list, Facebook, Twitter, etc.—asking for nominations. Let people nominate or self-nominate via email (a vote@example.com email that forwards to the voting coordinator looks Very Professional). You should already have rules in place for who can run, who can vote, and the time ranges for each step, etc., in your organization's structure.

The hard part of this step is that you should have been planting seeds with your members to become officers from Day One. You can't harvest a crop you planted last week.

I use survey software for this: SurveyMonkey. I might have used Google Forms instead, but Google Docs is blocked by many corporate firewalls.

The tricky part is voter validation. The first section of the ballot collects voter info that I can use to validate their vote: name, affiliation (for an alumni group, which year/program), email address (for following up the vote with an email to be sure it was that person who voted).

Nominally validation shouldn't be an issue. One thing I don't like about this solution is that it makes it possible for the voting coordinator to match voting choices to the voter. For a larger organization that has an IT staff and IT budget and user accounts, etc, a member could log into their account and vote and it would be better. But if you have to do it on the cheap, you make a solution in the garage that's Good Enough.

There are a few setup details on the ballot that I think are important:

Here's what it looks like in action: Example ballot 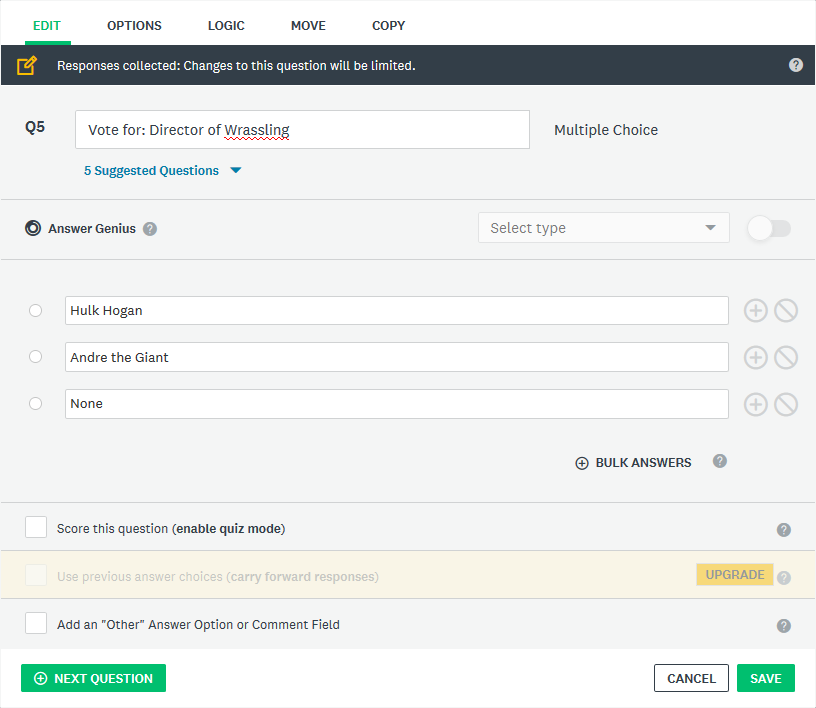 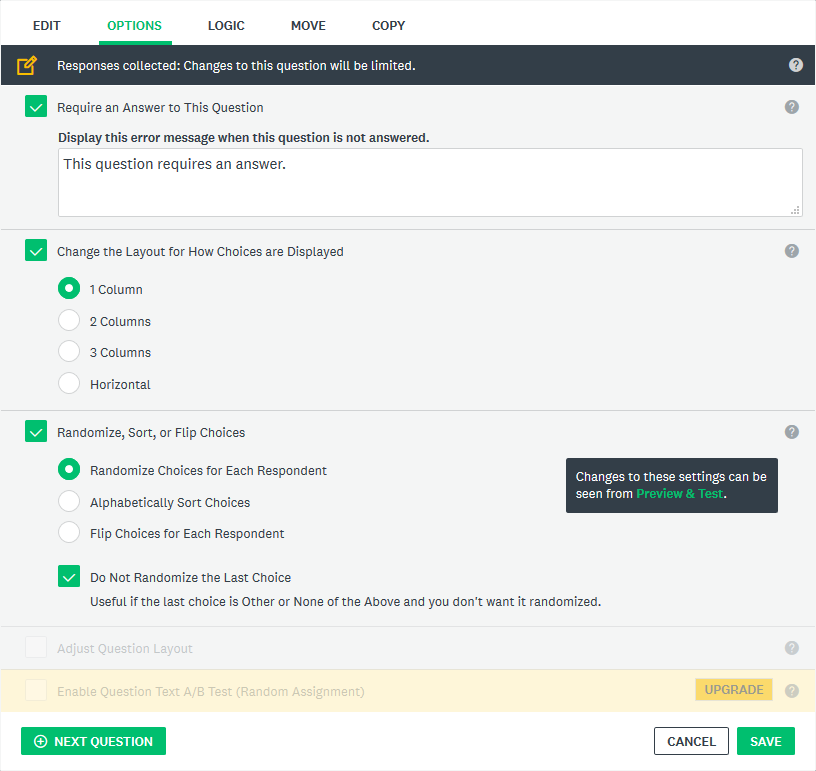 Since we don't really do campaigns or live "vote for me" speeches anymore, we have to fake that a little. (Side note: I would argue that this is an example of the older, less-sophisticated way being better. And I thought I told you to get off my lawn.)

Here's an example of an email I recently sent to nominees for an election:

Hi there. Thanks again for running for an office for Organization. Here’s what we need for elections next week. We'll open the voting on Monday, so send it to me any time before then (if you're late, it still works, but you'll just have an empty profile for a bit)

So the final profiles will look something like:
Kirk Kittell (Class of 2006)
hello@kirkkittell.com
http://www.linkedin.com/in/kittell

About me: graduated in 2006, work at Company, Organization president 2009-2010, etc.
Candidate statement: I enjoy organizing groups, I want to increase Organization participation, I think we should land more alumni on asteroids, etc.

We’ll post the profiles on the Organization website and link all of the election announcements to there for people to vote. (By the way, unless you object, I'll post your email address there during the voting in case people want to ask you questions, then I'll remove it when it's all done.) For positions with more than one candidate I'll occasionally go in and adjust the order of profiles (try to remove some first-person bias). Also, I'll give you all links to where we post the election announcements, in case you want to round up people to vote.

Here's an example of the candidate profiles in action: isu-usa.org.

Share the link to the survey. Make an announcement.

(Like most things in life, the execution is far easier than the preparation for it.)

I keep track of the voting either on the SurveyMonkey website— 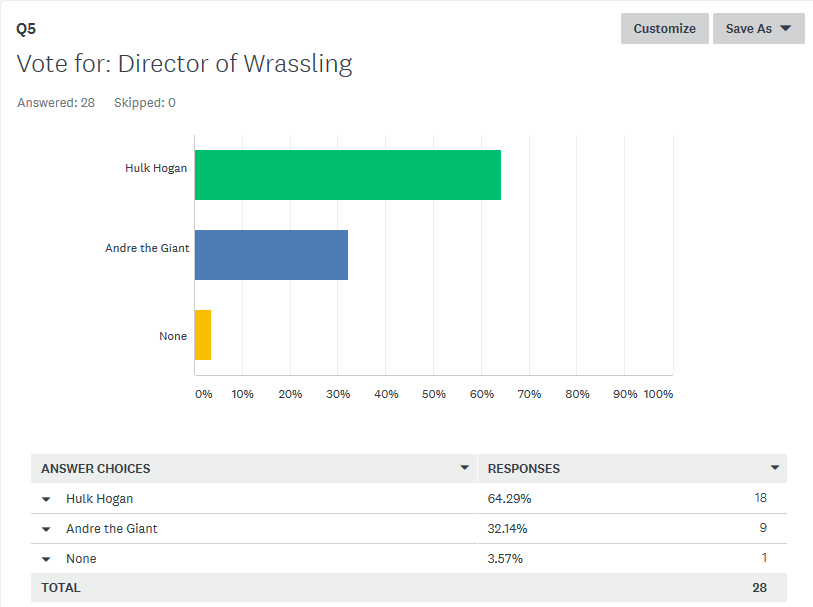 —or, better, on the mobile app.

As each vote comes in, I do the following validation:

After the voting is completed, SurveyMonkey does the hard work of counting the votes for each position, so that part is easy. (Don't forget to close the survey so that you stop taking votes.) Then I email each of the winning candidates and ask them to confirm that they want the position.

Spread the word the same places you announced the nominations. Then hand off the organization (which is another difficult, uncared-for, prone-to-reinvention-because-there-actually-isn't-a-process thing that needs to be done).

This isn't very good as a template, but hopefully it helps someone out there who just got volunteered to run their group's elections. This should be easier than it is. (Voting by email works Good Enough otherwise.) Feel free to get in touch if you need help setting one up.