By the third or fourth day of travel, the muscles start to relax, and the mind and eyes and heart open up a little. Things are easier—and easing. There's less of that hesitation before heading off—even if you still don't know where you're going, there's less friction involved in going there.
Some of it is for simple reasons: after a few days of tent folding, you get to be pretty efficient at doing it. And, no matter what it is that you've packed, the stuff that you don't need has packed itself into harder-to-reach places where it is out of the way of the stuff you do need, which is packed, although somewhat un-neatly, right where the trunk or back doors open. Reach in, grab it—put it back, shut the door, and go.

Where should you go? Drive across Oregon. In fact, do it twice—but we'll come to that later.

Before heading out from Lava Beds, there was one curiosity—representative of many curiosities across the US if you know where to look for them—that I saw on the way out. Captain Jack's Stronghold—one of the last stands of the Modoc out west. I had never heard of Captain Jack, the Modoc, the Modoc Wars, etc. I mean, it makes sense intellectually that there were people were there in California living before other people came across the land from the United States or across the water from Spain or wherever, but it's visceral when you get to pause somewhere and consider what it means. Captain Jack's Stronghold is interesting. It's just a bit of volcanic land that the Modoc had prepared into a series of sunken pathways and small caves and otherwise unfriendly territory—unfriendly if it's not your home, at least. When it's your home, you know it, and you can use the land to your advantage to hold off a much larger army—for a while, at least, longer than expected.

I don't understand it. I just appreciate the underdog nature of the thing, the resistance to a manifest destiny that claims your manifest homeland. When you walk through those volcanic passageways, what else could you feel but to feel like the defender?

From there: north to Oregon.

I had never been to Oregon before—couldn't tell you about anything that was there other than Crater Lake, which was still mostly closed due to snow at that time. I just assumed that Oregon was covered, south to north and west to east, with big ass trees. Total lumberjack country.

But the high desert covers about two-thirds or more of the state, from the Cascades all the way to the eastern boundary. There are trees, sure, but along the route I took the trees had to fight for purchase with another long stretch of old volcanos and lava flows.

It's so weird. I didn't realize how much of the country was a wasteland—and I mean that lovingly. I mean that as someone who would drive to Death Valley anytime I was within six hours of that fantastic hellhole.

Everyone knows Portland, Oregon is weird. That's no surprise. But that's the people. The rest of Oregon is also weird—not in any remarkable way, just unexpected, I guess.

So, on that drive across Oregon, north to south, one short partial day, I stopped at a few places in the Newberry National Volcanic Monument in the Deschutes National Forest. Moving at top speed across the lava lands, there wasn't enough time to stop and see anything that was far away from the more touristed parts of the trails, which is a useless bit of self-pride, but—hey—stop and see what you can while you're getting to where you're going.

One thing I wish I had visited was the Lava River Cave, a mile-or-so-long lava tube that wasn't yet open for the season (not until after Memorial Day), but offered a "you're on your own if you go" kind of guarantee that I declined to take them up on—an unusual act of forbearance for me, but I seem to remember a residual bit of freakout from exploring the lava caves in California that appealed to my more cautious brain cells. 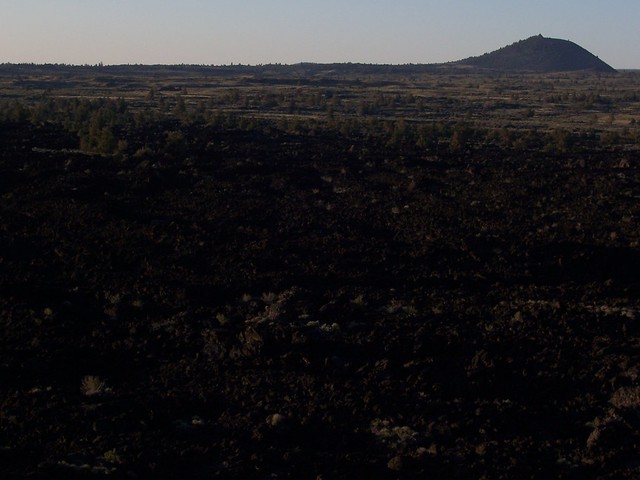 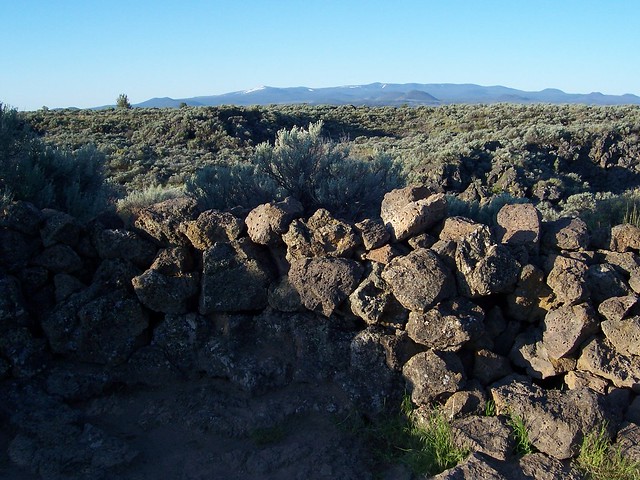 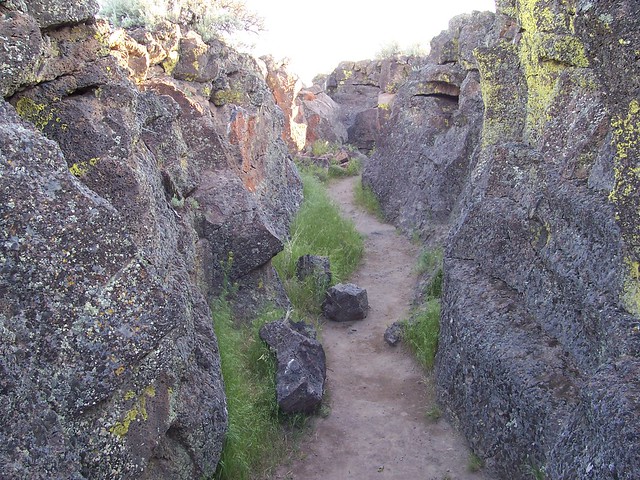 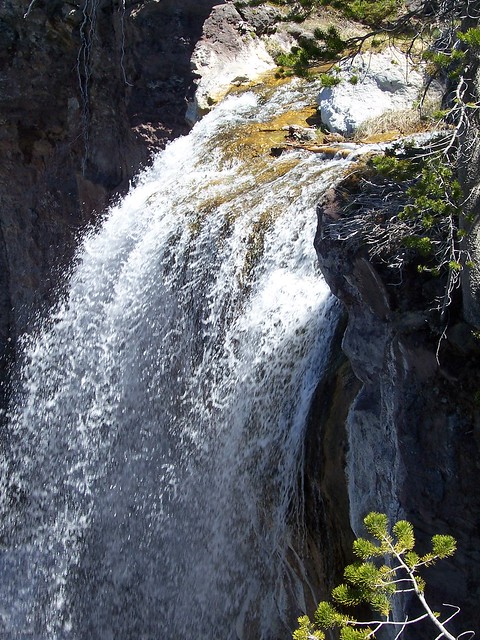 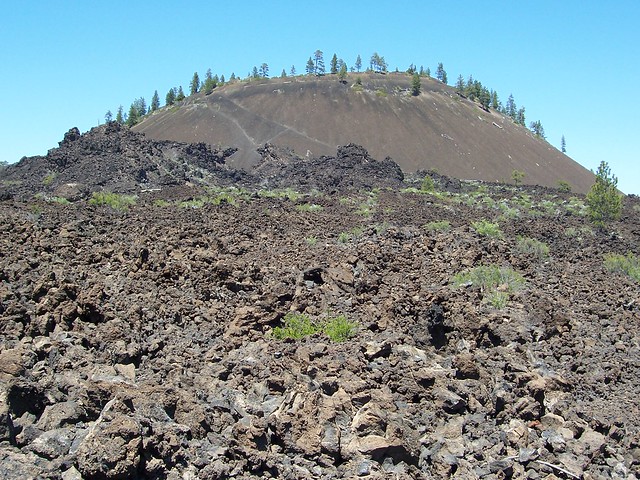 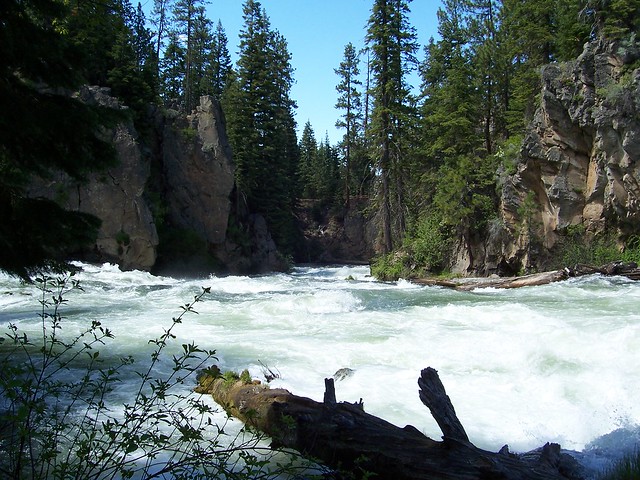