The most common question I am asked when I travel is "how do you afford it?" And this is often asked, sardonically, "are you rich?" Simply: no. I don't have time to explain my whole "system" of getting around, but here is a quick look at a few principles.

Of course, none of this is magic. It's quite mundane. There are a few tricks like how to eat on the road without going broke (19 days from Mojave to Illinois spending ~$40 on food, for example), but there is nothing complex. The underlying idea is that to get where I want to go, I accept that I must make some sacrifices where I am.

The sub-goal is perhaps to do it without developing a sincere disdain for each other.

Wooo, update: I have a ride to Barcelona with three other guys from ISU on 2 September. And there is a small amount of funding available if I present our ISU team project paper at the International Astronautical Congress in Valencia. Getting to Spain was a huge hurdle, and staying in Spain—without running out of money—during September was a second hurdle that immediately followed that one. Other issues remain such as where I'm going to stay in Barcelona and Valencia, but hey—things tend to turn out well in the end if you put enough sensible effort into preparation.

Now there are twelve planets, apparently, thanks to a draft resolution from the International Astronomical Union's General Assembly.

Really I don't care that much if Pluto is a planet or not. Astronomers, for all of their empirical, stiff exterior, however, have an emotional attachment to it—one way or the other, for or against. It's not about numbers, no matter what the verbiage in the draft resolution says—Pluto remains a planet because it has always been a planet.

And that's OK with me.

Pluto would always have nostalgia saving its status. Maybe not just nostalgia—inertia. Emotional inertia. Discovering another planet in the solar system is a big deal. For all of my cynicism, I recognize that. It's like discovering a new continent or island on Earth, or discovering a new element. To try to take away the prestige of a fundamental discovery would not even be seriously considered. The solar system is our neighborhood, and when new neighbors are discovered it makes the place that we live more interesting. As residents, we become accustomed to the neighborhood and we are comfortable that we know all of its other residents. Even though all of these objects have always existed in the solar system, they never had status, and now that there is the opportunity for status, there is the opportunity to identify more residents and to slightly change what we know about our identity.

It's funny what a title can do. Suddenly, Ceres has status. Now it is important. On 15 August, Ceres was an asteroid. On 16 August it is a planet. We learn about the asteroid belt as students, floating there uninterestingly between Mars and Jupiter, not taking on any life or importance of its own. A footnote—something that has to be covered after the rocky planets but before you get to the gas giants.

Now Ceres is a planet. And so is Pluto's moon Charon, and an object known as 2003 UB313 that is so far away that it takes approximately 560 years to make one revolution. What's more important is that there are likely more objects out there that will be known as planets. They just have to be found.

There are candidate planets...

Yeah, I certainly sound like a space cadet about all of this, but I don't mind. My cynicism has hardened me sufficiently to avoid getting too excited about personally exploring space, but the discovery of the strange things that are out in the solar system or universe—or any discovery on Earth—still excites me. It's the only part of my self that still connects to the six-year-old in me.

Just deleted a week's worth of entries while experimenting with the management interface... pictures coming back soon, maybe. 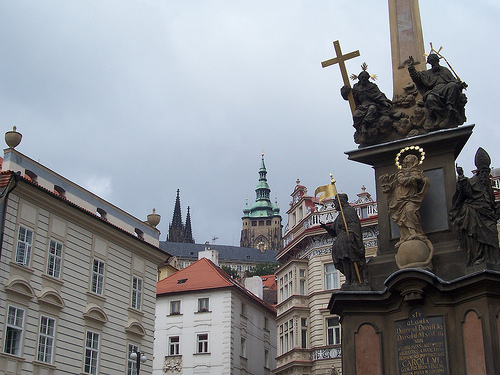 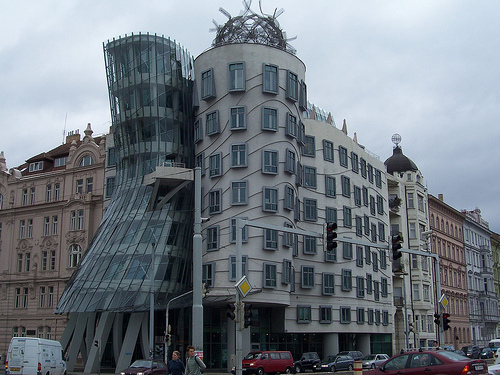 From elemadrid, an online tool to do what my feeble brain has forgotten to do: conjugate Spanish verbs.

While on an excursion to Luxembourg as part of the Policy & Law department of ISU, we visited the headquarters of SES Global, a huge communications satellite operator.